This site uses cookies to store temporary information whilst you are using the site - this makes the site quicker to use. These cookies contain no personal information and the data that they do contain are not shared with anyone, or used outside of this site. 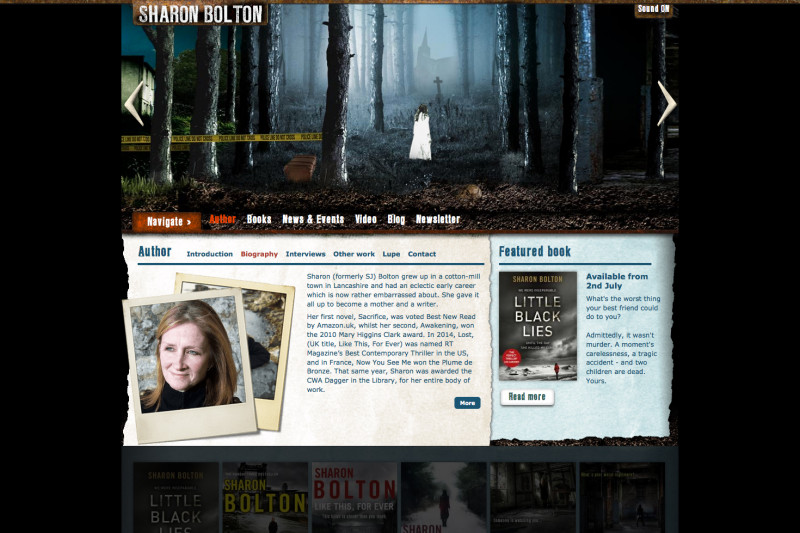 This little site for author Sharon Bolton was designed by Alex at Youniverse and features an unusual interface where the main sections are displayed on the scrolling home page, but are 'greyed-out' until the user clicks to see them.

Also featured is a rather nifty perspective-distorting scroll effect in the top banner.

As usual in this scenario, my role was to make the design concept work using HTML, CSS and Javascript. Which I did. The site also uses PHP, MySQL and a bespoke CMS.

NB. The unusual interface featured on this version of the site is now unusual to the point of being non-exstant! Usual story - time has passed and things move on!