This site uses cookies to store temporary imformation whilst you are using the site - this makes the site quicker to use. These cookies contain no personal information and the data that they do contain are not shared with anyone, or used outside of this site. 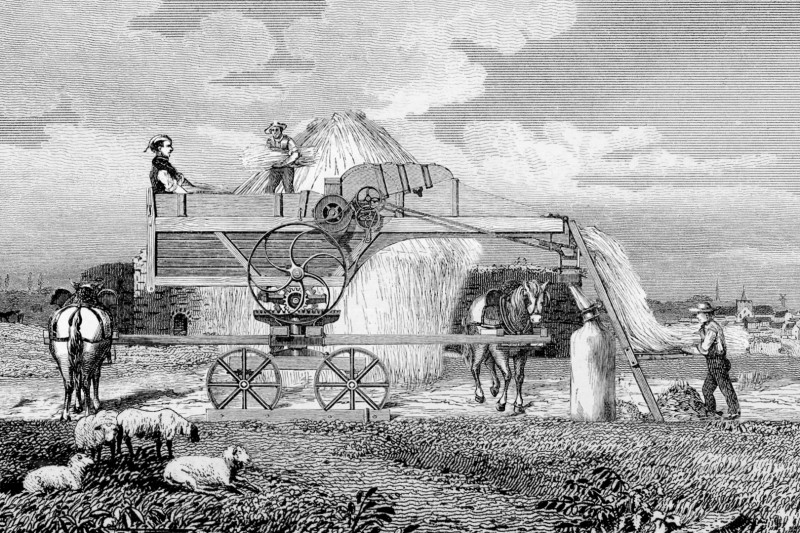 This animated segment was for insertion into a longer piece about the history of threshing in Lincolnshire. Source elements were limited to a few old wood-cut engravings - one of which came from an iphone photo - and I also photographed an old tractor and a steam-engine wheel and used those too.

My role in all of this was to take the supplied storyboard and come up with a quick way of making it all move! I chose a sort-of cut-out effect which embraces the flat, two-dimensional nature of the wood-cuts; I think this works quite well, especially given the very limited availability of both source material and time.

Unfortunately I don't have the final film - so this is just the bit that I made with some sound effects (I don't even have the voiceover). As far as I know, the completed film is now part of an exhibition at a countryside museum somewhere in Lincolnshire. If you ever see it - let me know!